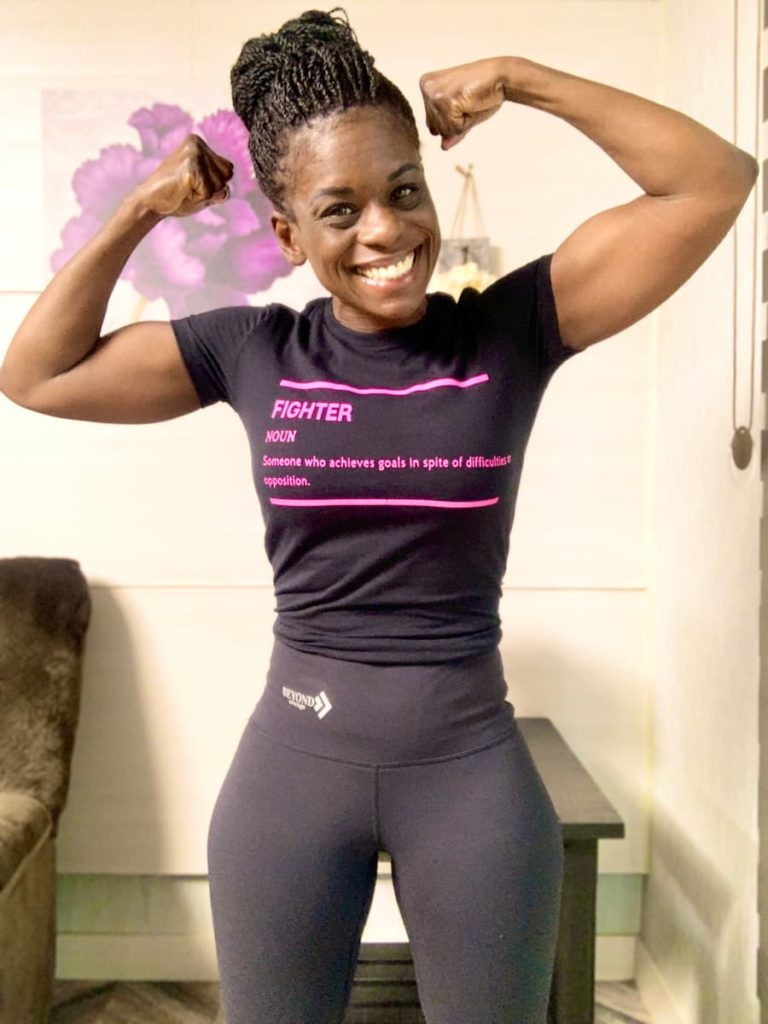 I am about six weeks out from my next CrossFit competition on 18 September. And let me tell you, the nerves are REAL. Yes, I’m working on the complexity of the exercises but more importantly I’m working to make sure my mind is right.

I started CrossFit in 2016 and I’ve participated in several competitions since then. And although I give a lot – clearly evident by the puddle of sweat I tend to leave behind – I can’t say that I’ve ever truly left it all on the stage so to speak. Or in other words, I don’t think I’ve ever unleashed the Beast inside of me.  Because the truth of the matter is, I’m afraid of ‘her.’ I’m terrified that one day I will show up to a competition, give it everything I have (not leave a single drop of effort in the tank) and still not leave with the ‘prize.’ I’m afraid that my best won’t be good enough. That I would’ve experienced all the discomfort and pain that comes with inviting your Beast into the arena, only to walk out of it without the title of “Champion.”

I now realize that the error in that logic is the belief that I need those accolades or external validation to begin with. What should actually concern me is that I’ve let my psychological fear of failure keep me from reaching my optimal level of physical performance.

One of my most ‘demanding’ CrossFit coaches spoke six simple words to me just over a year ago. She said, “Octavia, get out of your head.” That statement let me know that she could tell that I was holding something back. The words also revealed that she didn’t see an inability for me to complete the task – she saw an unwillingness. The unwillingness of my mind to believe that my body could actually do the work it had faithfully trained to do. I had to get out of my own way.

So my goal for next month’s competition is to redefine success. It is to measure my “win” not in terms of accolades and titles but in terms of who I allow to show up – both in my mind and in the arena. Meaning, if I keep my fears out of my head, that is a win. And if I allow my inner beast onto the stage, that is an even bigger win. I decided that one of the steps that I can take now to make sure my beast knows that she’s invited into the arena is to give her a name. And so I will call her Nandi. A beautiful name befitting of a powerful warrior – just like me.

So if you come across me after next month’s competition, be sure to ask me if Nandi showed up. My answer better be yes.

(And oh by the way, if I actually do win a title, let’s just call that extra).

One response to “Introducing Nandi (My Inner Beast)”

A Table For One

Be kind to yourself first and foremost